COSTA MESA, Calif. — Joey Bosa‘s competitive nature perhaps got the best of him regarding his bruised left foot.

Wanting to return to the field as quickly as possible, Bosa pushed through the pain during his rehabilitation work with trainers in August, and in his zest to help his Los Angeles Chargers teammates, apparently he made things worse.

“I was really hard on myself, because I could have prevented this if I wasn’t so set on pushing back,” said Bosa, who is likely out until after the Chargers’ bye week. “But you live and you learn. It’s a huge learning experience I’ve already taken from it.”

Bosa said he has never had a foot injury before. He missed the first four games of his rookie season in 2016 due to a lingering hamstring strain suffered on his first practice back after a lengthy contract holdout during training camp.

Bosa also played for the entire 2017 season with a dislocated finger suffered during a Week 6 contest against the Denver Broncos his rookie year. Bosa had surgery to fix the issue this past offseason.

The Ohio State product has not played yet this season and now that he knows the extent of his injury, Bosa said he’s not taking any shortcuts.

“To anybody out there that is upset that I’m not out there, trust me I wish I was out there,” Bosa said. “But if you wanted me to be out for the rest of the season, then I can go play next week. But if you want me to actually play one snap this year at least, then this is what I need to do.”

“There’s some creative things that we’ve done in the past,” Chargers defensive coordinator Gus Bradley said, when asked about replacing Bosa’s production. “But I still think that we’ve got to cover better and we’ve got to rush better. They work hand in hand.” 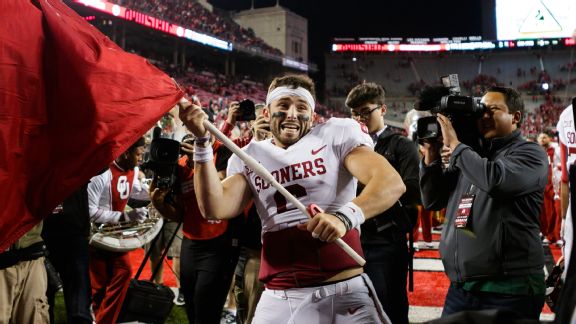 What’s the prognosis? Bosa suffered a bone bruise in his left foot during the first week of training camp on Aug. 7. Bosa did not participate in any preseason games, with the hope that he would be ready for the start of the regular season with rest and rehab.

However, on his first practice back Wednesday in the lead-up to the Chargers’ season-opener against the Kansas City Chiefs, Bosa re-aggravated the injury.

Bosa sought a second-opinion from foot specialist Dr. Robert Anderson in Green Bay, who put a cast on the injured foot to take pressure off the injury and promote healing. ESPN’s Adam Schefter reported earlier this month that Anderson’s initial examination of Bosa’s first MRI revealed a soft-tissue injury between the first and second metatarsals.

Bosa told reporters this week that he’s experiencing instability in the tendon of his left foot. If the foot does not heal on its own, Bosa said he’ll likely need surgery, ending his 2018 campaign.

As stated earlier, Bosa said the earliest he could potentially return to action would be the Chargers’ bye week, which means he’s likely out until Week 9. Bosa believes there’s a good chance he will not need surgery if his rehabilitation goes smoothly.

ESPN injury analyst and licensed physical therapist Stephania Bell talked about Bosa’s injury this week. Bell said Bosa wearing a weight-bearing cast for two weeks is consistent for the treatment of a sprained foot, allowing time for the injury to quiet down.

“The purpose of using a cast is to keep the area of the foot that’s injured from moving,” Bell said. “And you can do that to both control pain and to allow the tissue to heal without it being disrupted with movement.”

Bell added that reports of a bone bruise could have led to the organization sending Bosa to Dr. Anderson for a second opinion to make sure there was not any gross instability in his foot.

“Based on the treatment of him coming out of there, it’s fair to assume there was not,” Bell said. “But the only way to get it to sort of quiet down is to really just put him in a cast and not allow the area to move. Then follow that up with a boot for a couple weeks, and then proceed from there.”

With Philip Rivers gone, Anthony Lynn is the face of the Chargers – Los Angeles Times